Matt Smith resides in Cary, NC near the heart of some of the country's best roads. He is a Buckeye by birth and Tarheel by choice having been raised in Champaign County, Ohio on a 4,000-acre farm. As a youth, motorcycling was not only a passion, having owned over 25 different motorcycles, but was also a means of transportation living in a rural area. His first motorcycle was a simple steel frame minibike that he purchased with his own money against his parents' better judgement at the age of 10.  Over the next 45 years Matt has participated in many training classes that include Keith Code Superbike School, Motocross training twice, GS instructions and the school of hard knocks. Matt enjoys distance touring and rides as much as possible having taken trips from NC to destinations such as Canada and Texas and all points in between.  He is an advocate of safe riding through ATGATT and ongoing training as well as promoting diet and excercise and the benefits to long distance riding. As a father he has introduced his kids to the freedom of motorcycling through dirt and street riding. As a board member, Matt hopes to learn more about what the RA stands for and be part of the continued growth of the organization. Matt's involvement in volunteer organiaztions with church and through his kids' marching band give Matt the experience to help the RA grow. Most of all Matt is interested in giving back to an organization that he believes in, such as the BMW Riders Association. With the experience of years and the excitement to volunteer, Matt is uniquely suited to help the RA grow both in numbers and in service to the members. And in 2019, Matt will serve as the rally chairperson for the Set My Soul Free Rally in Woodstock, VA.

Ethan Powsner Trustee I obtained my Michigan motorcycle endorsement in the mid-1990s but didn’t purchase my first... epowsner@outlook.com 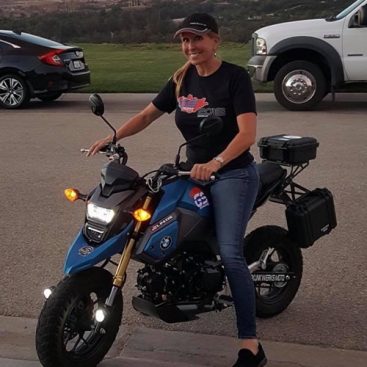 Lori Payne Trustee Although starting to ride motorcycles, especially adventure motorcycles, as a female after the age... Facebook

Al Olme Trustee Al Olme got his first bike, a present from his wife, Maryann, for his... vendorsal@gmail.com